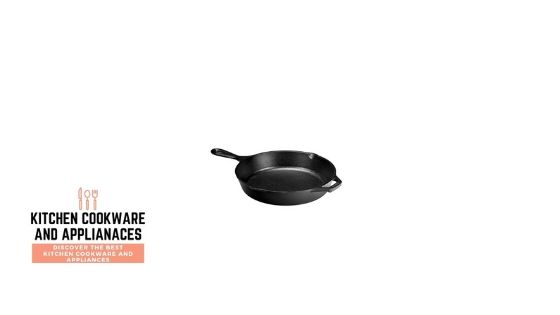 Are cast iron skillets truly non-stick? Yes these tools do in fact maintain a non-stick property as long as basic kitchen practices are followed.

For starters the skillet has to be seasoned. The layer of seasoning is what gives the cast iron skillet its non-stick feature. The second step needed to ensure your food does not stick to the surface is a rather simple one. Preheat the skillet to the temperature you are going to be cooking on and you are all set, that is all.

You have to be attentive towards what you are cooking. A steak for example once placed on a hot skillet cannot be flipped immediately, it has to be allowed to sauté for a small amount of time before doing so. This is done in order to prevent the succulent steak from sticking or drying out on one side.

Cleaning your cast iron properly can avoid much of the hassle involved maintaining cast iron. In my experience cleaning has proven quite effective at keeping the cast iron seasoned. It’s all about the cleaning if you are unsure or want understand more about the cleaning process check our post how to clean cast iron cookware.

Eggs, bacon, hamburgers, steaks my skillet has seen a wide range of food items. Eggs can prove to tricky but losing fear for experience can lead to learning how to poach an egg that does not stick to the pan. In this lodge seasoned cast iron skillet review we are going be reviewing the 10.25 inch variant and its non-stick properties.

Unseasoned the cast iron surface will be prone to sticking. Cast iron begins to oxidize if maintained to the bare minimum. Eating rust will not cause any harm to your health should you desire to keep maintenance at a bare minimum with your cookware. Seasoning is a process that is entirely based on how you want to manage your cookware never on how others want their cast iron cookware to appear.

Cooking on the Skillet

When you place food on the skillet and the pan is too cold it begins to stick as it heats up. Too hot and the food will leave burn stains on the surface. Despite having made these mistakes myself cleaning afterwards was not as bad as it seemed. Letting the skillet cool down shortly after having made this mistakes makes it easier to scrub off any grease or burnt food.

Completing a couple tries I developed the ability to adjust the temperature on the cast iron accordingly with whatever is being cooked. One of the main attractions of cast iron cookware is its capabilities in heat retention.

Cast iron can retain high temperatures of heat much longer than other cooking material. This one seemingly insignificant feature is so useful once you develop how to use it. This feature allows for a much more controlled consistent temperature for whatever you are cooking.

The amount of cooking oil necessary to cook will be dependent on what you are cooking usually a small amount enough to coat the surface is all you need.

Most cast iron skillets will come already seasoned with some kind cooking oil, usually some vague description like vegetable oil is given while some other brands will use flax seed oil in order to entice potential buyers. Regardless of which they all are ready to use when you purchase.

Germaphobes have no fear the temperature we cook food at is enough to burn away any hitchhiking pathogens. I used my skillet fresh out of the box to see if the seasoning truly was non-stick. The results spoke for themselves an entire of bacon was dropped onto the surface and the greasy puddle left afterwards was cleaned effortlessly. There was no need to scrub away like some scrub chef.

Avoid ending up with sticky messes that take longer than usual to scrub away. Season properly than implement what I am always writing about, preheating the cast iron properly. Though preheating is not all there is to it you need to have a sense of what you are cooking and how to do it right.

There is no right or wrong way to maintain a cast iron skillet. When it comes down to cooking following procedure and adding some creativity is the best route to go. Depending on what you are cooking you may need to cook at a given temperature for a certain amount of time. The amount of cooking oil needed will vary as well, usually a thin layer is enough.

Since this is a Lodge seasoned cast iron skillet review I may as well admit when I first got mine I made a rookie mistake. Silly me underestimated the heat retention that this material is capable of and let the skillet get way too hot. I was so used to stainless steel and other less dense metals. Well my first pack bacon on the skillet went up in smoke.

Nothing to worry since fire prevention measures were already put into place in the form of good ventilation and an annoyingly loud fire alarm. A little fire extinguishers is even on standby. Through this first mistake and many others I have learned quite a lot about how to cook with cast iron. Mainly I learned how easy it is to cook meals that do not stick the surface. It just takes personal development and an established seasoning.

What do you think have any relevant questions or comments? Feel free to drop them below and have a wonderful day.

Product Description: This is the L8SK3 or 10.25 inch cast iron skillet. Since it is seasoned cast iron it be used on any cooking surface with the exception of microwaves. Cast iron should never be used in a microwave. With layer of baked on vegetable oil acting as the seasoning you do not have to worry about any synthetic paints getting wore down or ending up in your food. With cast iron you may have some bits of cast iron here and there but consuming it has been proven to be harmless. Cook to your hearts content because the durability of cast iron is extreme lasting generations. This skillet is dense because of it’s size it is important to remember that cast iron is not as lightweight as other material used for cookware. There are benefits to the density like better heat retention but it comes with the sacrifice of lightweight mobility.